How reliable is the “Camp de Dresde” (Dresden) manuscript ?

Of every image of a soldier, we have to ask certain questions. What was its intended function? Who was the artist and what were his likely objectives? For whom would he have worked and what were their requirements? What was the artist’s technical and cultural background? How was the artist working? From notes made on the day and then worked into finished paintings later?

The Desden manuscript is drawn by an eye-witness. In this regard, it is no different to the Otto artist or the creator of the Hendschel series or Samuel Hahlo. Several primary sources were drawn by soldiers themselves. These tend to be more reliable than non-technical artists as the soldiers understand what they are seeing, however the lack of artistic talent can impact greatly on the resulting image.

Indeed, Zimmerman, Suhr, Berka and similar sources, due to lack of technical skill of the artist can lead to grotesque misunderstandings of points of important detail. Indeed, the provenance of most manuscript sources is scarce, and many like Suhr are usually known only through later renderings, as is the case of many of the images in the Dresden manuscript with copies made by Charles Brun and JOB.

As critical or evaluative historians, we must also take into consideration that observers do not always understand what they saw or thought they saw. We are not dealing with photographs.

We are dealing with highly subjective pieces of art prepared after the event, unless we are dealing with formal posed portraits. Indeed, we note that between 2004 and 2012, neuroscientist John Coates conducted research into memory. The study found that what is recalled from memory is what the mind believes happened rather than what actually happened. This effect is often referred to as ‘false memory’.

False memory (rather than the cause of false memory) has also been recognised for some time and is often compounded by the mind recording memories of what it thinks ought to have happened. Memory can be contaminated by erroneous information that people are exposed to after they witness an event. An artist painting after the fact, even if working from notes, may well be depicting false memory. Many of the unique features shown in the Dresden manuscript are very likely to be attributed to working up notes taken from eye-witness observation and completed as formalised images later. In this process of developing a formal painting from working notes, ‘false memory’ and misunderstandings of the finer details of what the artist observed can occur.

Therefore in order to corroborate what an artist shows, we have to rely upon other sources of information. We cannot take what the Dresden MS shows at face value without being able to corroborate what is shown via independent sources, written in the epoch. A vast resource, as yet untapped by the vast majority of researchers and historians for understanding Napoleonic era in general, are the regimental archive boxes preserved  in the French Army Archives. These sources provided largely bias-free empirical data from which we can reconstruct the life story of a regiment, its officers and above all its clothing. Empirical data as defined by the Annales School, is obtained from records concerned with data capturing in a quantifiable way, which in this study comprise:

For example, the artist of the Dresden MS shows cuirassier regiments with grey pantalons (trousers). Having accessed the records at SHD for every regiment of cavalry 1811-1815, we know the 10e Cuirassier as part of the build-up to the Russian campaign, the regiment replaced its costly culotte de peau (buckskin breeches) with grey broadcloth pantalons; 760 pairs costing 10,640 francs in 1812, 154 francs spent for this purpose in buying 11 pairs and a single pair was obtained in 1814 for 14 francs. They were not surculotte (trousers worn over breeches), and described as ‘non-regulation’ being made from grey broadcloth with the inner leg reinforced with black leather, and did not open on the outside leg. Similar garments made from grey broadcloth reinforced with leather were used by the 2e, 3e Cuirassier, the 5e Cuirassier, the 9e Cuirassier, 12e, the 13e : the Dresden manuscript is clearly showing these items and in this regard the manuscript is reliable. 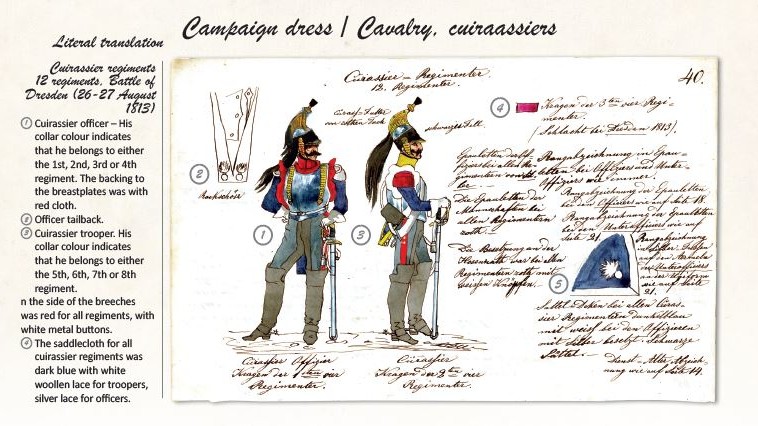 The manuscript shows the use of schako cords.

Having researched every regiment of Line Infantry 1811-1815 from the records at SHD, archive documents reveal that the 37e de Ligne had 77 pairs of shako cords, the 11e de Ligne possessed 1 set of grenadier schako cords – these were in theory abolished in 1810!- and 43 sets of voltigeur schako cords in 1814;  the 116e  had 300 sets of red schako cordon. Just three regiments out of 133 regiments of Line infantry had schako cords; therefore it is not impossible more were in use in summer 1814, but certainly were not in common use. Again, Dresden manuscript shows sous-officers with dragonne (sword knot) of mixed red and gold: archive records report that remarkably 3 sous-officier (NCOs) sword knots were issued to the grenadier companies of 1e and 3e battalion of the 10e de Ligne in 1814; the 72e de Ligne possessed 48 corporal’s sword knots, 45 sergeant’s sword knots in 1814. 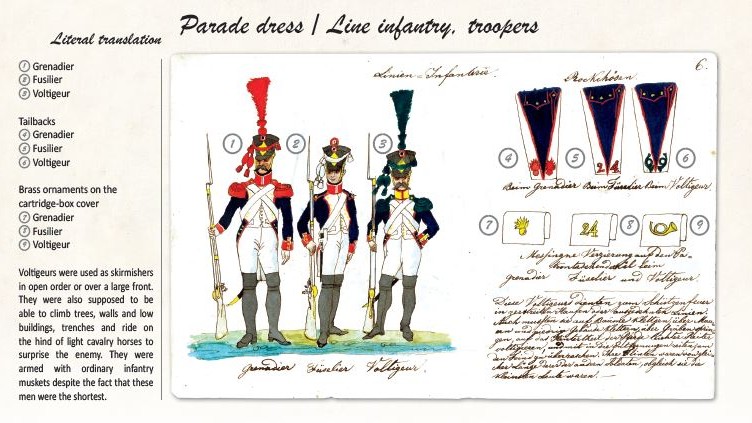 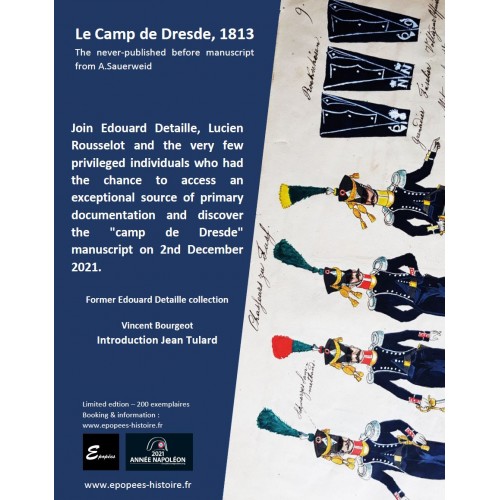 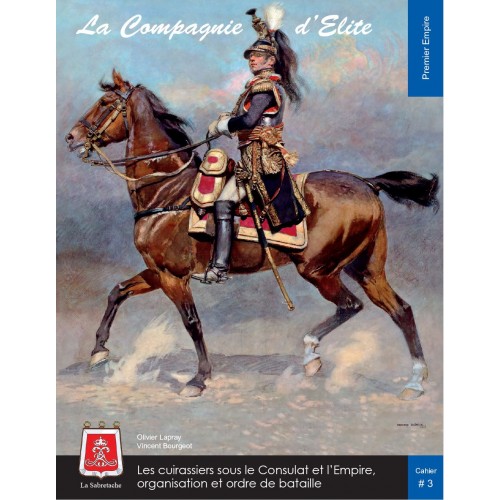 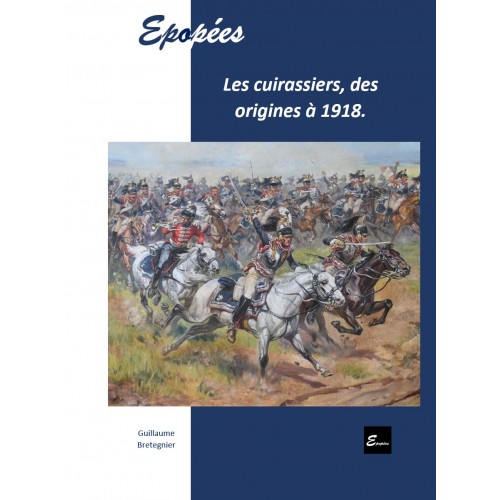 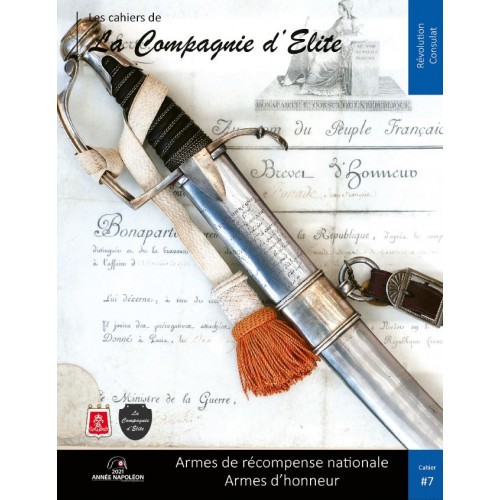